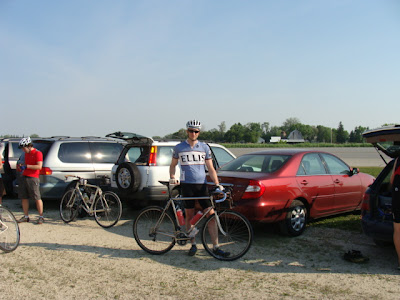 Lisa took this one right before I headed off to the start line. 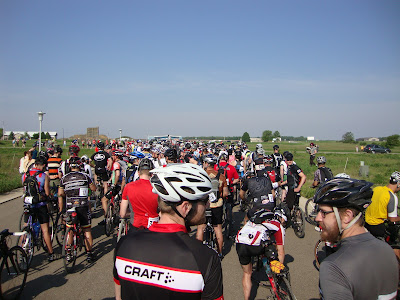 I certainly wasn't expecting to "race" today, so I found a spot a ways back at the start line.  Probably at least 300 folks came out for the 100 mile loop, not sure what the final count was, and that's not including the ones who started the Royal 162 at 7:00am. 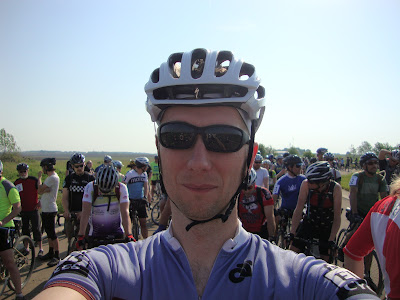 You poor sucker, you've got no idea what you're in for! 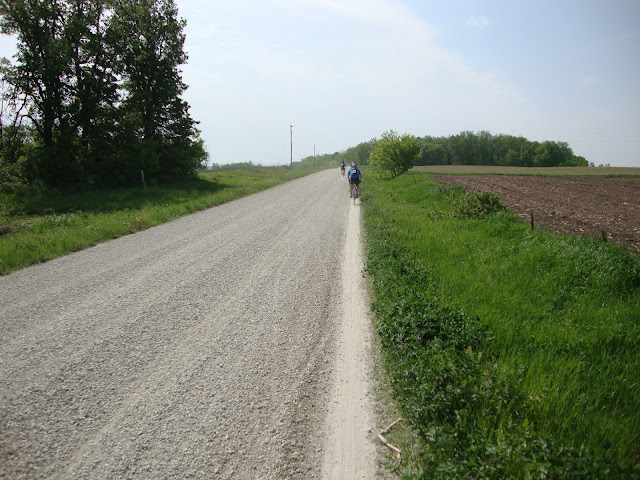 There was quite a bit of fresh gravel on the roads, but usually at least one "line" where the gravel was either more packed down or where the fresh stuff hadn't quite made it.  Riding on the shoulder here reminded me of the pros riding the gutters at Paris Roubaix. 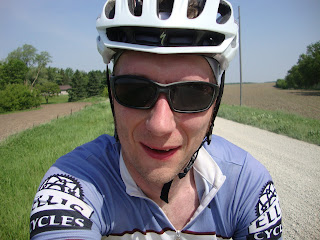 While I was taking the above shot, I figured I take a "panda" shot of myself, and I didn't even crash! 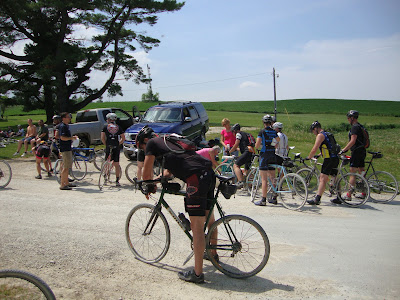 The first 30 miles were pretty easy, we enjoyed a tail or cross wind for the majority of that distance, but then we turned into the wind for most of the next ten miles into Preston and the scene above.  Looks like some folks are starting to feel it!  There were some nice folks who were providing water here, but they ran out just as I showed up, so we rode up into Preston's grocery store to find water and supplies. 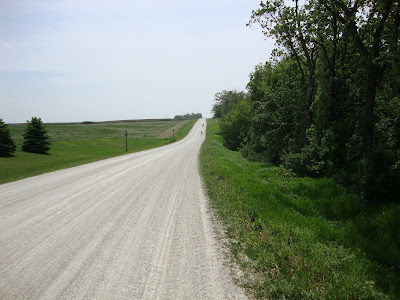 After we left Preston, I rode with a few folks and then settled into my own pace through a beautiful tree lined road only to emerge onto this stretch of southbound road with no shelter whatsoever.  At this point, folks were scattered all over the course in ones and two's, hard to find anywhere to hide from the wind. 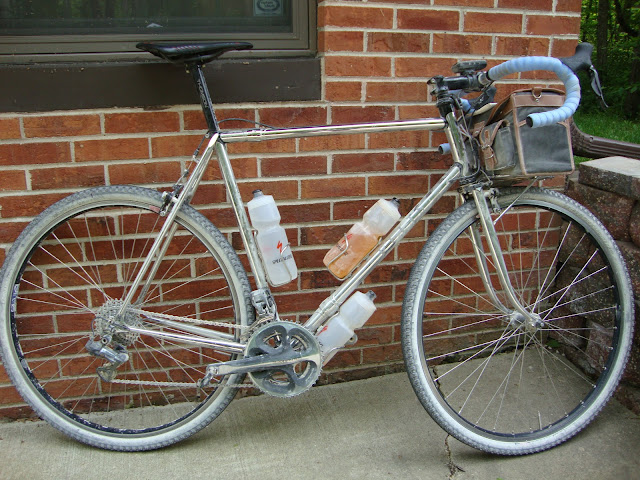 The bike performed flawlessly, despite the heavy coat of Minnesota dust it collected.  Here I'm stopped in Forestville State Park at about the 67 mark, and I was already feeling pretty empty. 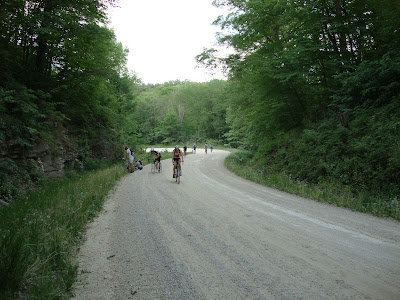 To add insult to injury, the last 10 miles included 2 pretty significant climbs, here you can see some folks dismounting for the walk and another taking a rest or trying to massage out the cramps in his legs.  (I was already walking, so there's no shame there, imo!) 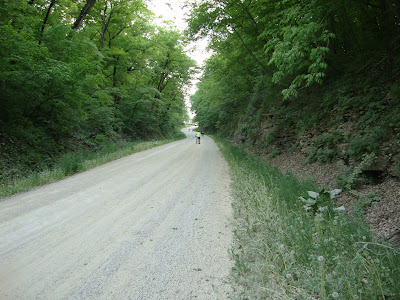 Looking up the hill... 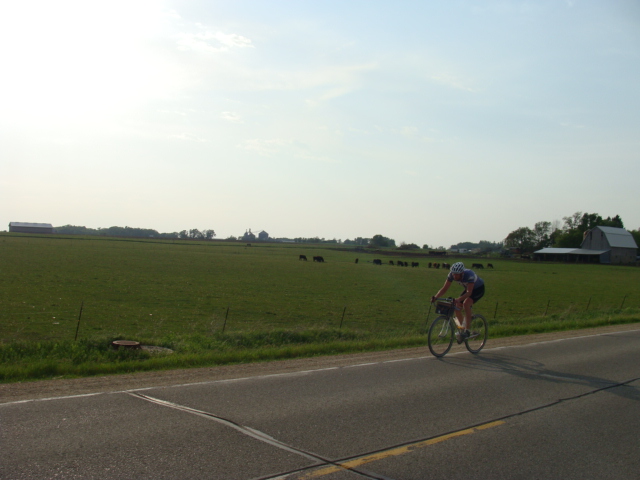 After patiently waiting for an extra hour and half more than I expected, Lisa caught this shot of me creeping into the 25-35mph headwind that we enjoyed for the last 2-3 miles of the course. 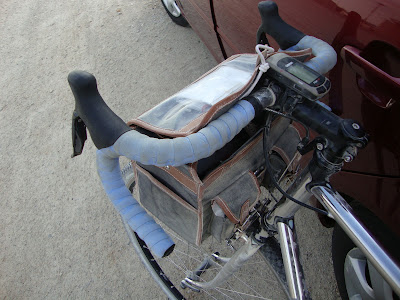 Some shots of the dust crusted bike and bag. 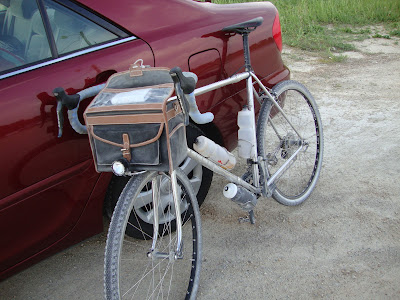 Grim. How warm was it?

High 80's, low 90's. There were some folks who lived along the course who must have seen all the bikes going by and mercifully hooked up their hose and offered us water at about the 65 mile mark. Not sure I would have made it without them!

Hey Dave! We rode with you for a little while after Preston. Our little crew was not all at the same level, was it??? I was feeling OK, till mile 65 when nausau set in hard (due to the heat) and I stuggled to eat. My wife and I made a good team, stayed focused & finished together.
"JP" and Michele Ericsson