Jason finished up the paint on this one before Christmas, it's just taken a while for me to get the pictures up. It's a singlespeed for Paul, and he wanted to be able to run fenders and wider tires, hence the long slot Campy dropouts and the cantilever studs. 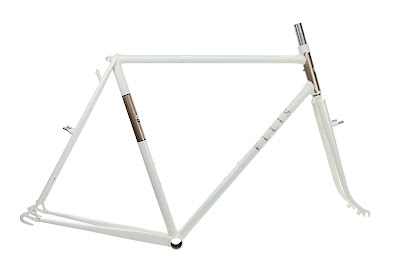 Paul had really wanted a cream colored frame, it was just a matter picking a contrasting color for the head tube and seat tube panels. He's going to run gold TRP cantilevers, so we tried to match them as closely as possible. I'm really pleased with the combination. 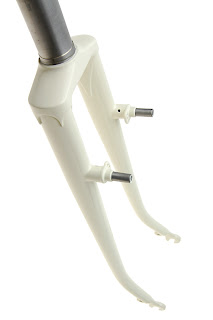 The fork is pretty simple with just a single threaded hole on the back of the crown for mounting the fender.

The headlugs were a set of pressed lugs that I modified heavily. 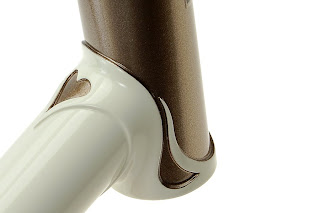 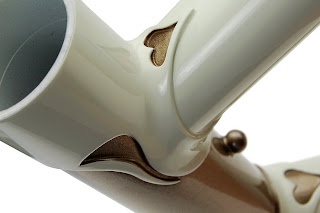 I hope to have a few more photos soon, stay tuned!
Posted by Dave Wages at 1:50 PM 2 comments:

An awesome year of cyclocross racing and your well deserved Singlespeed National Championship!


Lisa and I traveled down to Kansas City on Friday to see the race and here's some photos of the action.


We were a bit worried when they lined everyone up by their race number, this put James in about the 8th row back and we knew he'd have to work his way through the field. 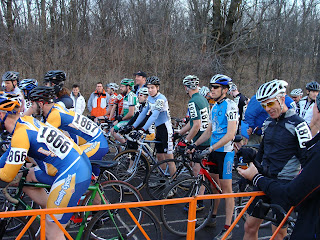 Luckily, we had nothing to worry about as he had gotten himself into the top 10 by the middle of the first lap. 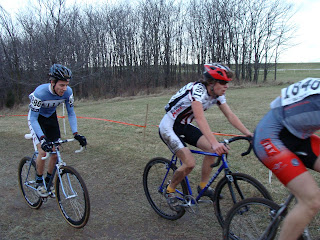 James kept working his way up on the next couple laps... 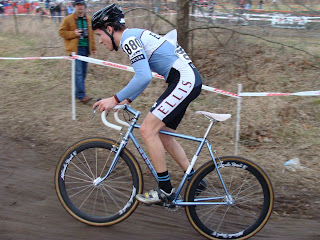 And by the halfway point he was in a three man lead group with a pretty sizeable lead on the chasers. 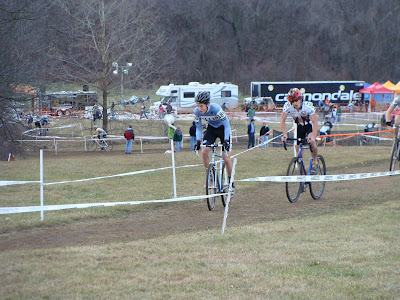 On the last lap, James forced open a gap, and by the time he came into sight from where we stood at the finish line, he had at least a 5-10 second gap on the second placed rider.
I have a video of the finish line, but I'm having technical difficulties uploading it, so the next shot is the post race interview. 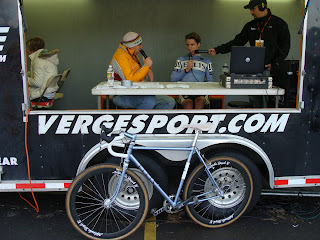 We also had the pleasure of visiting my Grandma Wages in Independence, MO while we were in town, she's turning 95 on Tues. and she's still as sharp as ever and a joy to be around. Happy Birthday Grandma! 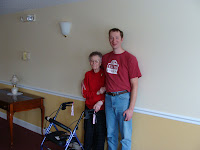