I'll have more pics of this one on my website soon, but here's a few of the highlights.

Sydney is a fairly petite rider, so we decided to go as light as possible with standard gauge tubing and some ultra light S3 chain stays. The frame alone came in just over 3 lbs. 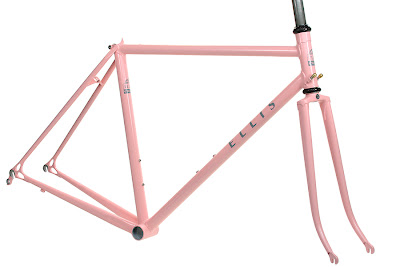 In order to accommodate the gently sloping top tube, I used the bi-laminate lug technique. The head tube has "half-lugs" and then the top and down tube are fillet brazed into them. 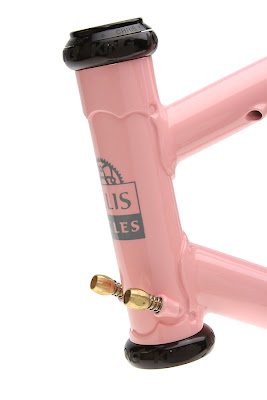 The seat cluster is also bi-laminate, and you can see the exit hole for the internal and the stainless washer on the brake bridge to eliminate paint chipping. 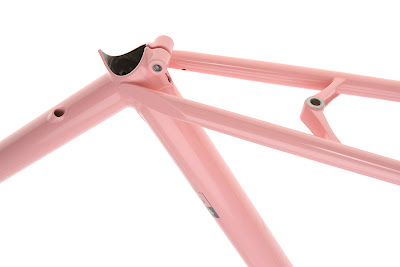 Can't forget the signature Ellis dropouts as well. Pretty thinned out on a frame this small, but still plenty strong. 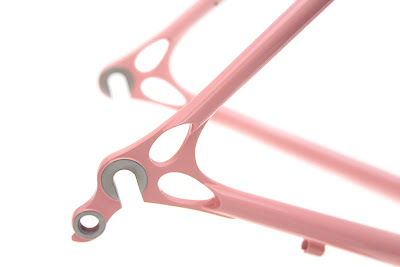 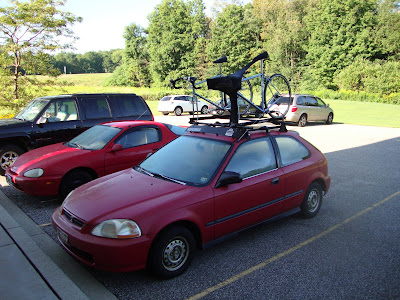 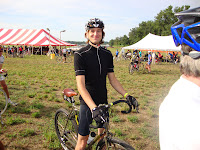 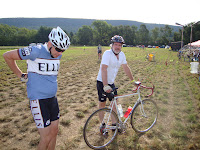 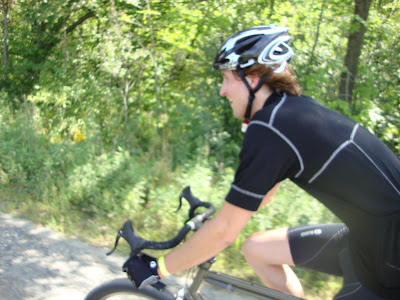 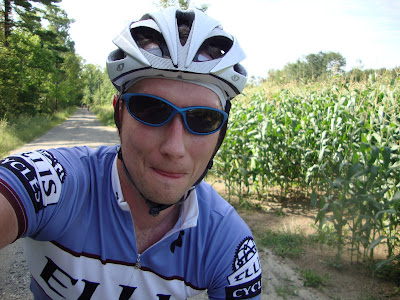 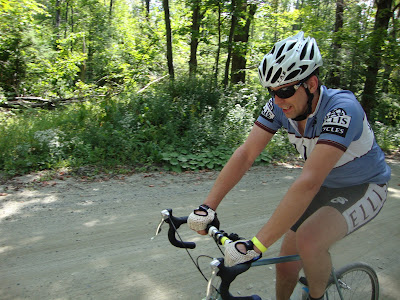 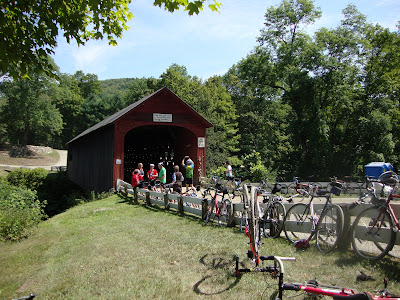 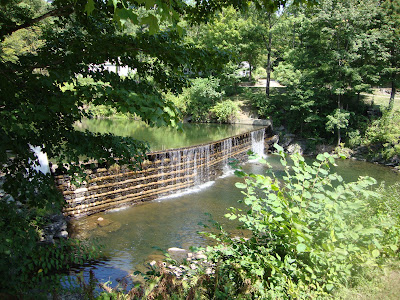 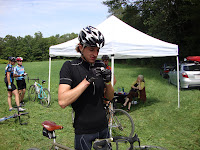 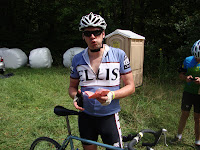 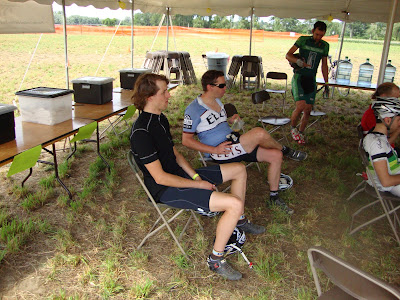 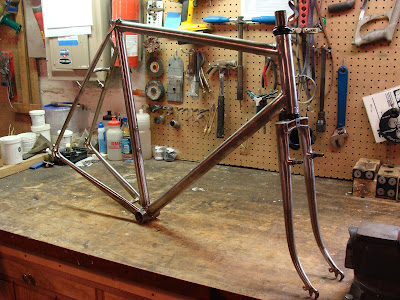 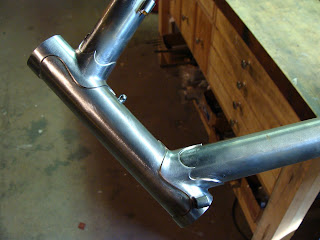 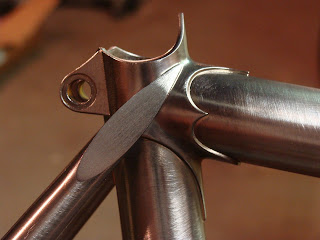 Now, I just have to get ready for this weekend's Cream City Century! It's on Sunday the 29th, and we'll be having an open house with tours of the shop after the ride. I'm planning on trying the 100, but if it seems to be going long, I'll probably take a shortcut home so I can be ready for folks to show up around 12:00 noon. Hope to see you there!
Ellis Cycles
500 Racine St.
Waterford, WI 53185
Posted by Dave Wages at 3:43 PM 4 comments:

Just a quick post with some pics from Rob's new 29'er! 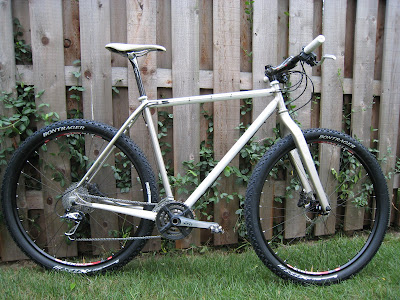 The new Ellis and the Paramount that was the inspiration for the 29'er project. 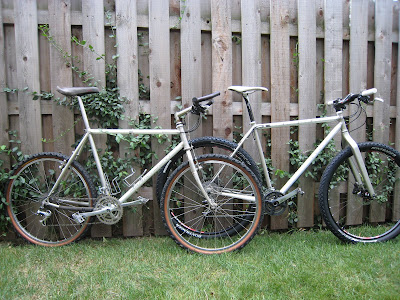 Nice shot of the Niner fork and you can just see that down tube lug/gusset. 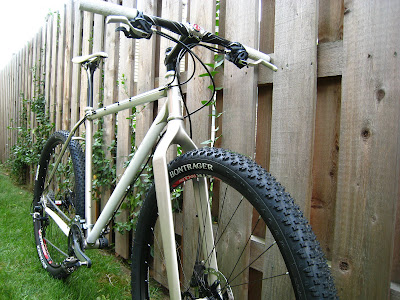 Rob's "Inspector". "My what big eyes you have!" 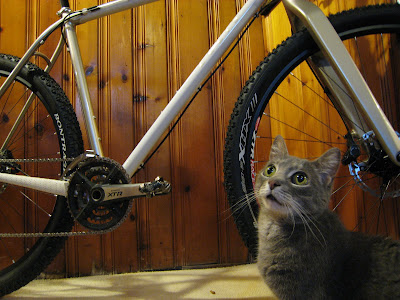 Cheers,
Dave
Posted by Dave Wages at 8:04 AM No comments: