A Little Bit of Everything. 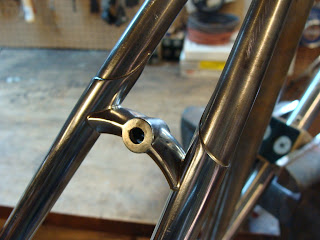 I just finished Al's new Ellis yesterday, so I thought I'd include a pic here, it's a really cool mix of classic and modern aesthetics (I know, I'm beating that Modern Classic thing to death!), with a fillet brazed main triangle and a polished stainless fork and rear triangle   The shot above is a more simplified take on my sleeved seat stays than I usually do on the Modern Classic, but I think it should blend well with the smooth front end.  More pics here;  Ellis Picasa.

Next, on to the riding! 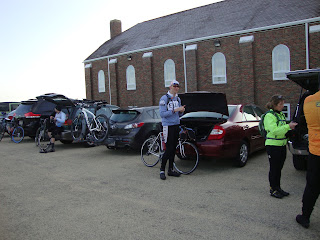 Look at me, all kitted up in my Ellis duds!

This past weekend Lisa and I headed out to Western WI for the Dairy Roubaix!  The start point was basically in the middle of nowhere between Muscoda, Boscobel and Dodgeville, but that was kinda the whole point.  The ride took advantage of as many unpaved gravel roads as possible, many of which seemed to point either straight up or straight down!  Not to say that this area is mountainous, but the hills that is does have can be quite steep. 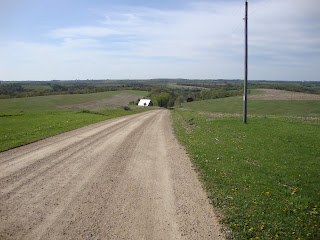 A shot of the gravel as I prepare to head back down into on of the many valleys.

This upcoming weekend should be another fun one, we're heading up towards Eau Claire for the Strada Fango.  There's a map of the course here, and it looks like it might be borderline mountain bike terrain in some areas, but I think I'll just put some cross tires on the DRB and run with it! 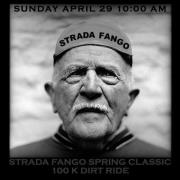 I wonder if this guy will be there?