Rob first contacted me about updating his '95? Paramount so he could use disk brakes and more modern componentry. I'm pretty hesitant to do a lot of work upgrading an older bike like this since it really wasn't designed for the loads that disks will put on both the frame and fork. Plus the fact that suspension forks really aren't available for an older bike like this got Rob thinking about a new frame, and if it was going to be built from the ground up, why not a 29'er?

I did a few drawings and while I may have been able to squeak the angles out of existing lugs, I felt like the bi-laminate construction wouldn't constrain the design and it would allow for some extra strength in certain areas as well. Plus it made for nice paint mask lines so Rob's new Ellis would still retain the classic lugged look of his old, well loved Paramount. 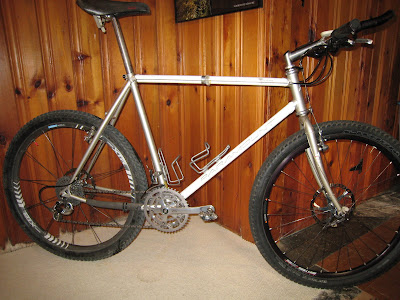 Here's the modern, Ellis take on a suspension corrected 29'er. I gotta say, as I was building this frame I was getting a bit jealous of Rob, I'm gonna have to build one for myself soon! 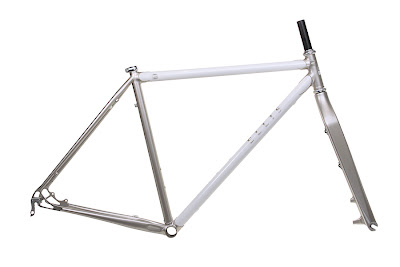 The Niner carbon fork is a bit massive up front, but I think once the bike is built up it'll look just fine. 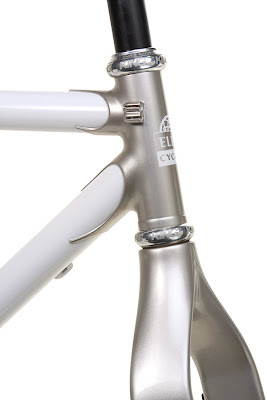 A shot of those beautiful bi-lam head lugs! 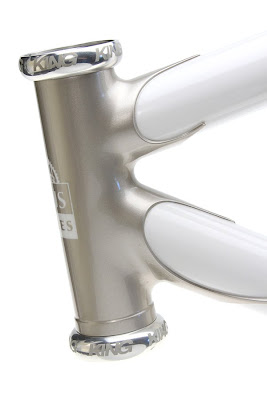 I extended the bottom lug down the tube a bit to act as a gusset for the front end. The tangs should take any stress and distribute it outward instead of down the tube. 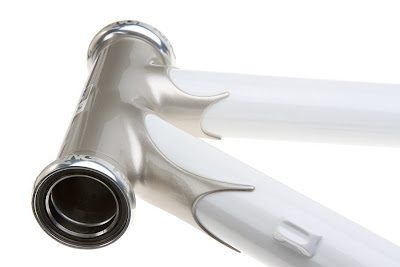 This one's off to MI soon, but I should have some more pics before it's gone!
Cheers,
Dave
Posted by Dave Wages at 2:33 PM

Doug told me to take a look at this "new" Paramount you built. I have a place in my heart for the old Paramount and I have to say this looks amazing. I loved that you brought it into the 29" realm!